The Consequences of Not Using Genuine Land Rover Parts 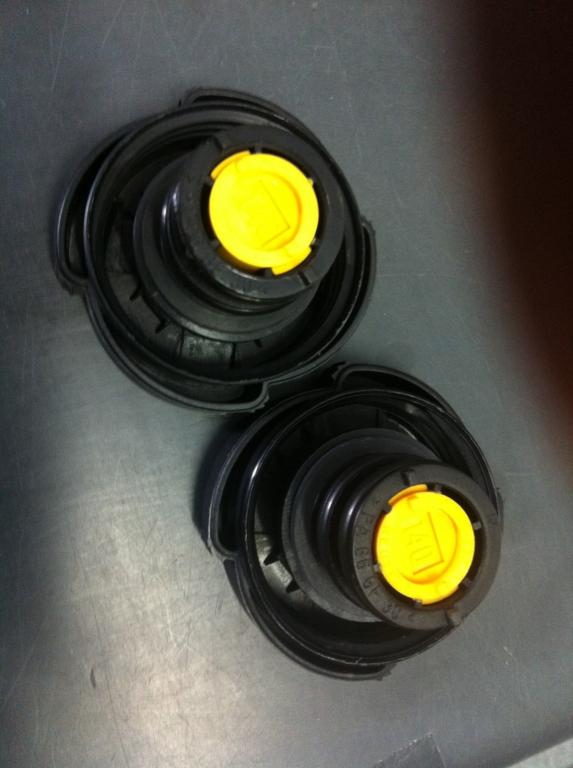 Roverworks contributes to Aulro from time to time, and this is a repost of our thread about genuine Land Rover parts.

We had a customer complaining that his Range Rover L322 with 4.4 BMW M62 V8 inexplicably had 5 radiators replaced in its life, and another P38 private import with a BMW 6 cylinder diesel (rare in Australia) that had pressure problems in the cooling system.

One of the suspicions we had was that the expansion tank caps were not releasing at the correct pressure – supposed to be 1.4Bar or 140 kilopascals (about 21 pounds per square inch). So, we made up a little test rig to check caps. Very surprising. The one on the wounded and baffling P38 released at over 2.5 bar (the gauge only went up to 2.5 on the test tool) – 40PSI plus, 250 kilopascals. No wonder the hoses on the thing were going as hard as a rock and it had started bursting things!

So, we tested three non genuine caps that we’d had on the shelf but had never been game enough to use – all opened at around 250 Kilopascals. One kept bleeding off pressure until it reached 60kpa. That one would have opened late enough to destroy 5 radiators in the life of a car, and then bled off all the coolant quite happily.

We grabbed the two Land Rover genuine caps we had wondering if they would be the same, and both opened exactly at 140kpa, and held pressure at that. You have to love the Germans – who made them.
The non-genuine ones are stamped with 140 on the yellow piece underneath. Problem is that their manufacturers’ quality control has not appeared to have caught the fact that this is far from accurate.

I can see it now – some little guy and his wife in their home workshop in the back streets of Shanghai somewhere, pretty much knocking out counterfeit products – just like a copy Rolex you can buy in a street market. The knock-off ones even say on the top “Do not open when hot – Nicht Offnen wenn heiss” (complete with umlaut on the Offnen), exactly the same as the genuine one. The only difference I can see is the manufacturer’s mark “Reuter” on the genuine one, on the very bottom of the cap near the yellow part. Herr Reuter runs a quality show obviously. 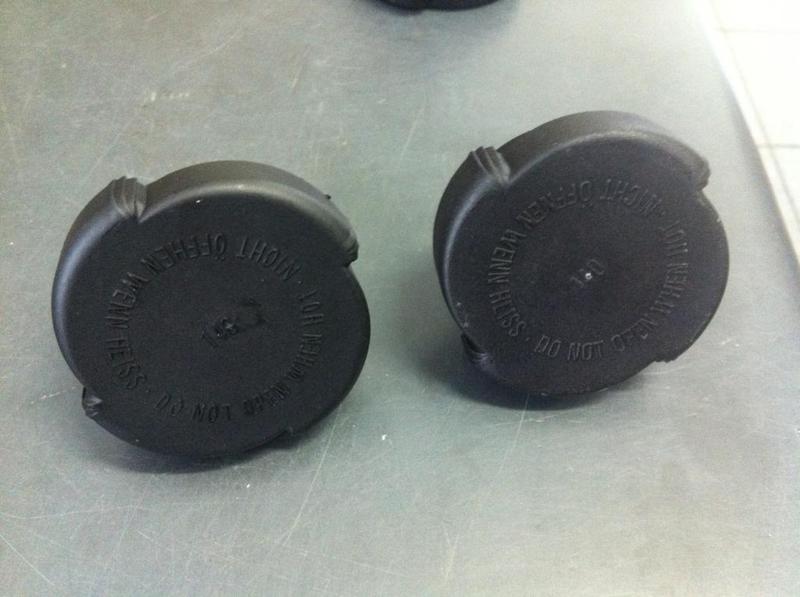 Really easy to confuse (see pics) – we chucked the non-genuine ones and will continue only using genuine ones at our shop. We will still test the genuine ones anyway after this little discovery just to be sure, not that we don’t trust Herr Reuter, just that we believe in quality control as he does. Just a heads up though – if you’re bursting radiators or springing leaks: