News
Comments Off on Roverworks’ Ad at Epoch Times 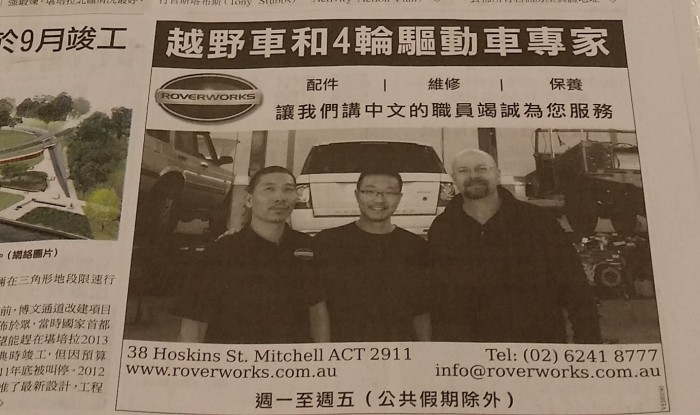 Hey guys! Have you seen our new ad in Epoch Times? We are happy to announce to our chinese- speaking customers that we now have chinese-speaking mechanics to help serve you better! We hope to see you down at our shop! See our list of services here. We’ve also added Novated Lease Vehicles servicing on our list. Now you do not…

As if we need another reason to watch the 007 film “Spectre”! It has been announced that a Range Rover Sport and modified Defender will be featured in action-packed car chase sequences. And Judging from the success of the Oscar-nominated “Skyfall”, we can expect top quality cinematography and awesome screenshots of our favourite Landys. Daniel Craig himself endorses Range Rovers and you can watch the trailer… 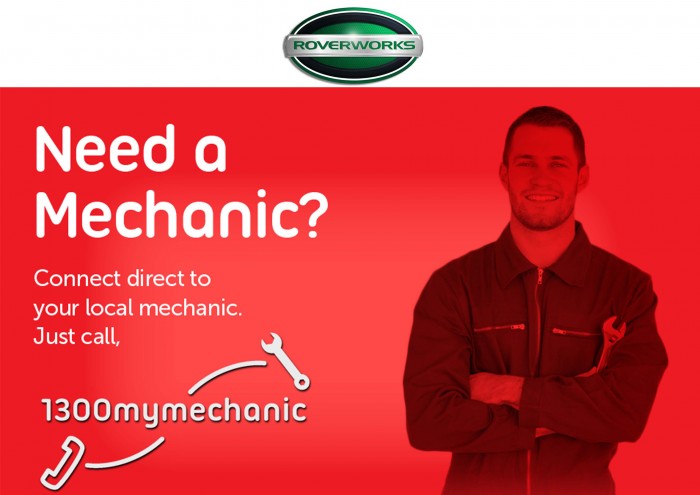 Roverworks, Canberra’s top choice for automotive repairs, parts and maintenance is now in partnership with 1300 My Mechanic. Our mechanic team specialises in Land Rover and Range Rover models, in addition to servicing of 4x4s, off-road and other car models. If you are stuck in the middle of nowhere and not anywhere near a car shop, 1300-My-Mechanic will be there to rescue…

News
Comments Off on Land Rover Celebrates A Production Milestone 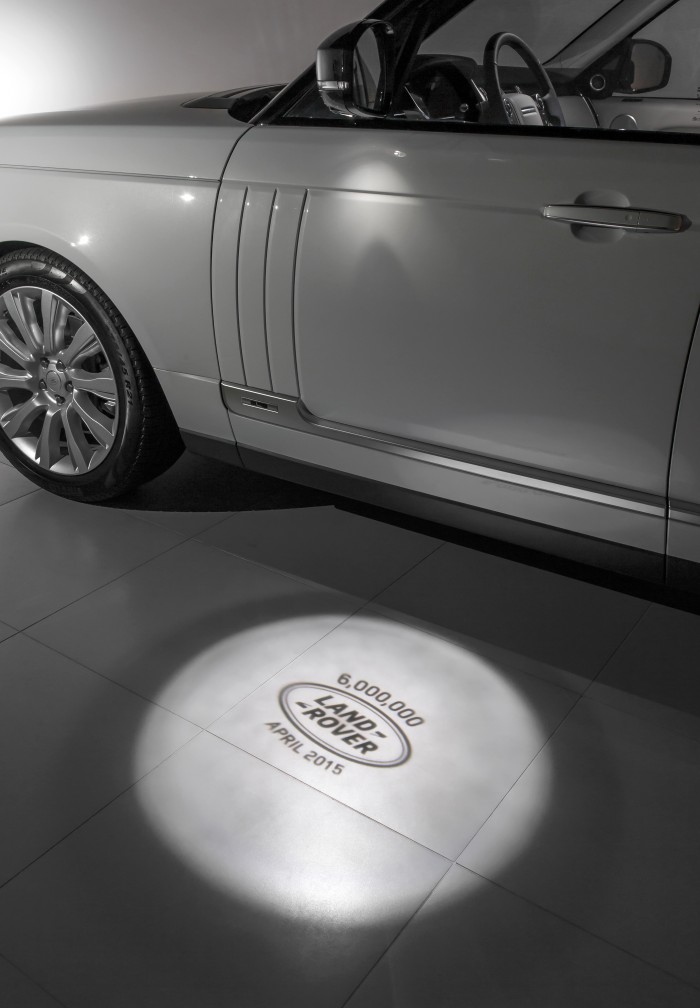 Roverworks celebrates the 6,000,000th Land Rover made in Solihull – a luxurious Range Rover LWB Vogue SE. The vehicle is fitted with unique, celebratory puddle lamp graphic to declare its prestigious status. It will be displayed at the 2015 Shanghai Auto Show, boasting off its one-off motif. Andy Goss, Director, Group Sales Operations, Jaguar Land Rover, stated: “For 67 years Land Rover has been…